Preston Park Primary School works in partnership with many organisations to achieve an innovative curriculum experience for our children. 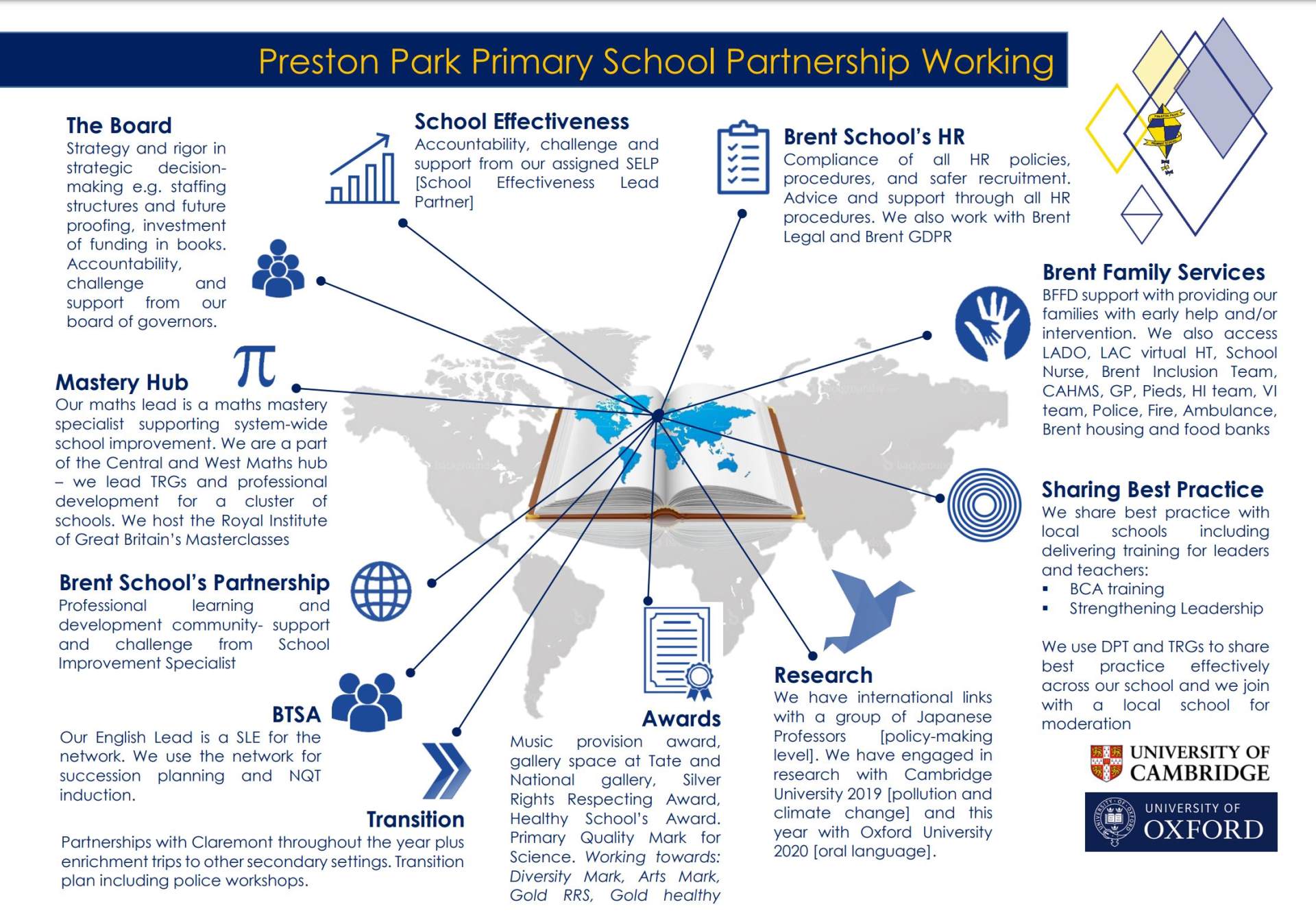 Preston Park Primary School is a member of the library and children can call in on Saturdays and Sundays to collect library cards, borrow books or use computers.

The other closest library to Preston Park School is the Brent Civic Centre Library in Wembley Park.

The Wembley Library has a vast store of books which can be borrowed on memberships and the children can also explore and read within the premises.

Preston Park Primary is proud to be a part of Place2Be – a national children’s charity working with over 200 schools across the UK.

They provide a safe space – The Place2Be room – where children can express their feelings through talking, creative work and play.

What difference does Place2Be make at Preston Park Primary?

Place2Be works to improve the confidence and emotional wellbeing of children.

The Royal Institution of Great Britain is an organisation devoted to scientific education and research, based in London. It was founded in 1799 by the leading British scientists of the age, including Henry Cavendish and its first president, George Finch, the 9th Earl of Winchilsea.

Tate Britain is an art museum on Millbank in the City of Westminster in London. It is part of the Tate network of galleries in England, with Tate Modern, Tate Liverpool and Tate St Ives. It is the oldest gallery in the network, having opened in 1897.

The University of Cambridge is a collegiate public research university in Cambridge, United Kingdom. Founded in 1209 and granted a royal charter by King Henry III in 1231, Cambridge is the second-oldest university in the English-speaking world and the world's fourth-oldest surviving university